Submissions definitively close after the weekend. 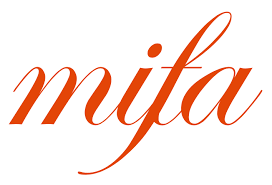 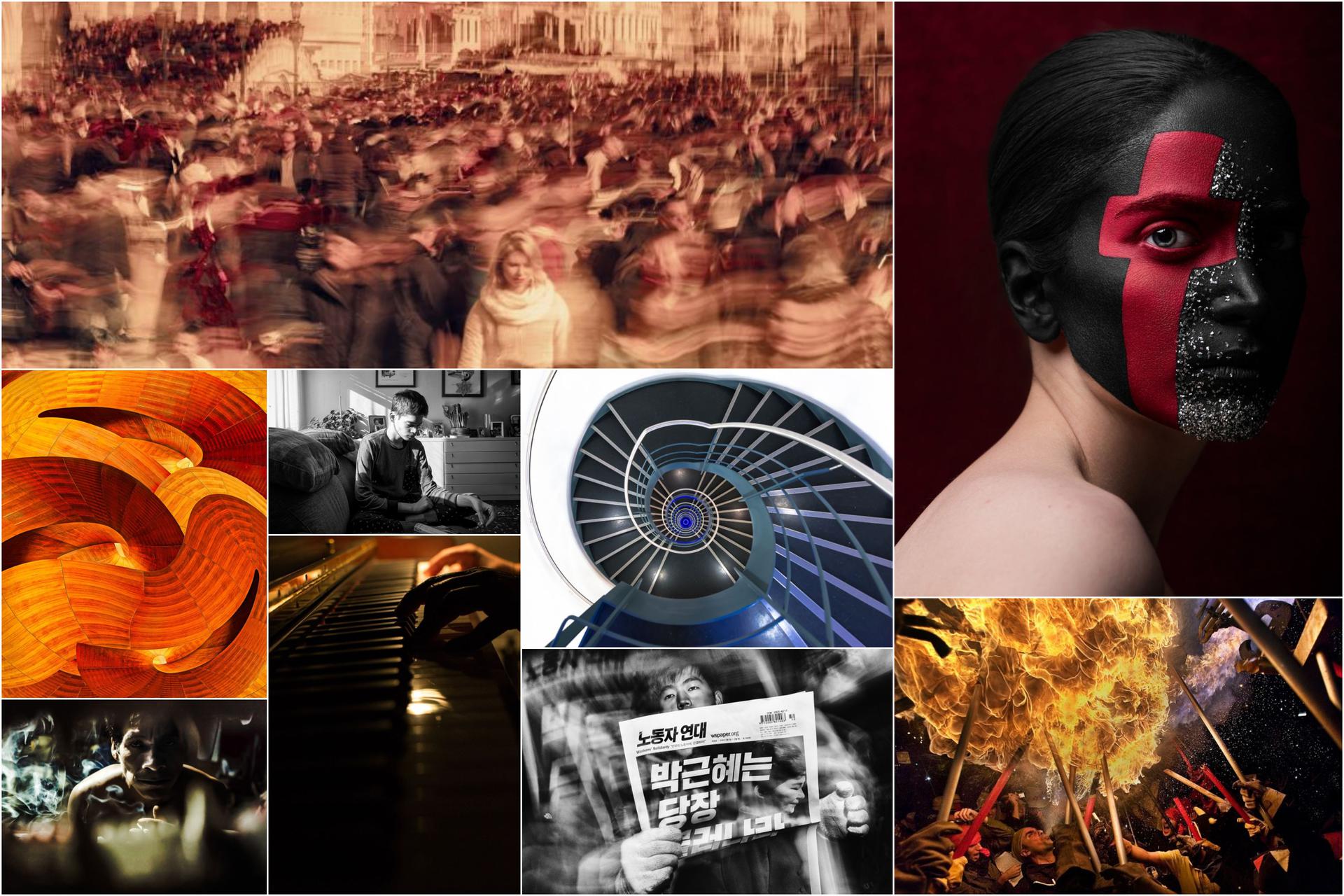 MIFA 2019 SUBMISSION
DEFINITELY CLOSING AFTER THE WEEKEND
Send us your best shots before the deadline and receive massive exposure for your work. We are looking for outstanding photography from all parts of the world.

Enter now while you still can and receive:

The MIFA trophy
Cash prizes
Exhibition in Moscow and beyond
Exhibition in the online gallery
Exposure to a worldwide audience
Winner's certificate and promoting logo, and more! 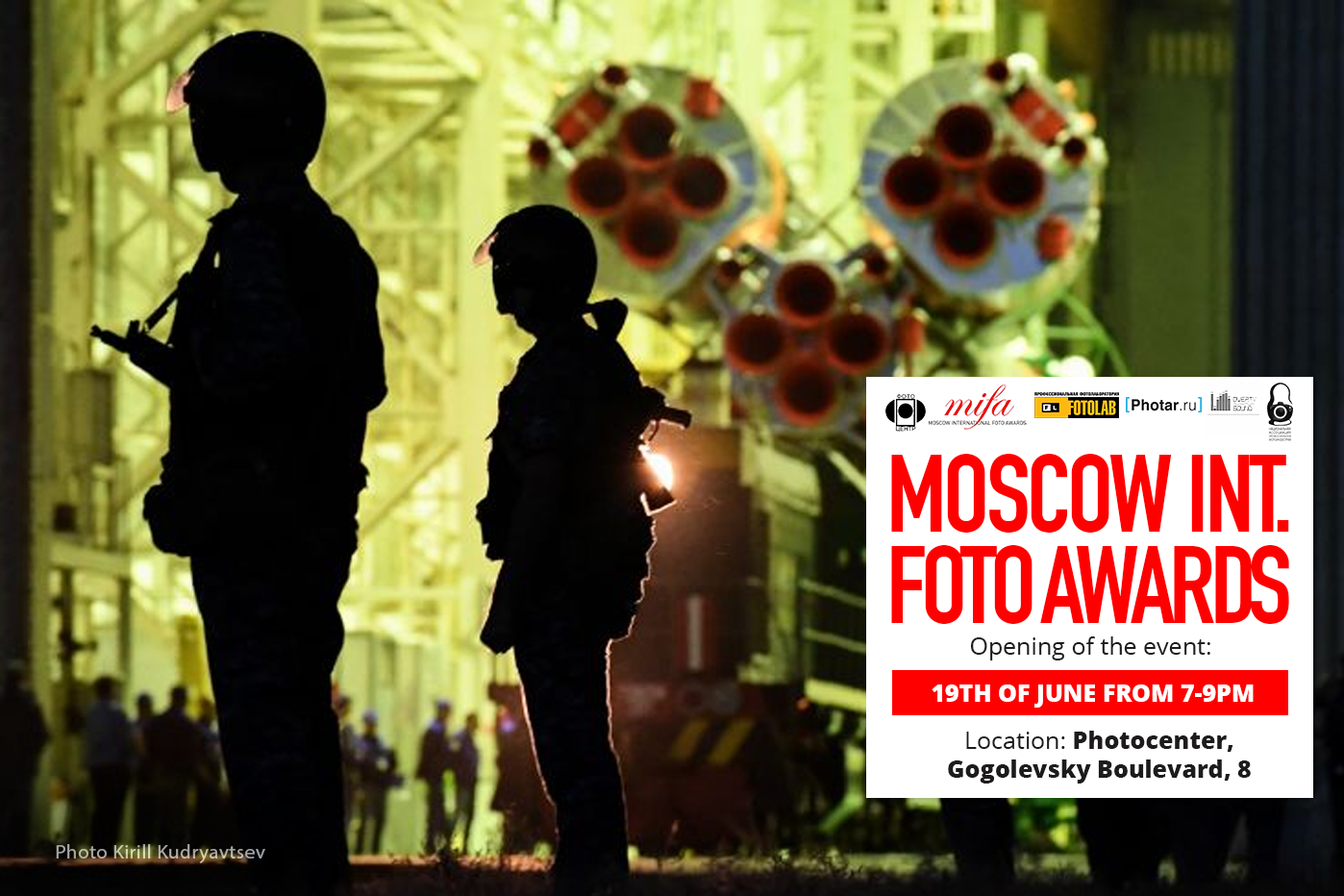 The Exhibition, which will be held at the Moscow Photocenter (Gogolevsky Boulevard, 8) from June 19 to June 23, 2019, will feature the Category Winners of the 2019 MIFA photography contest.

The Exhibition Opening and Winners Cocktail Reception will take place on the evening of Wednesday, June 19th, from 19:00 to 21:00. There will be a meet-and-greet with MIFA winners, jury, and members of the press. Photographers and photography enthusiasts alike will enjoy an exceptional evening of admiring the winning images of the MIFA competition.

Be part of the exhibition, enter your best photos today!
SAVE THE DATE
The exhibition will be open from 11 am to 7 pm every day. 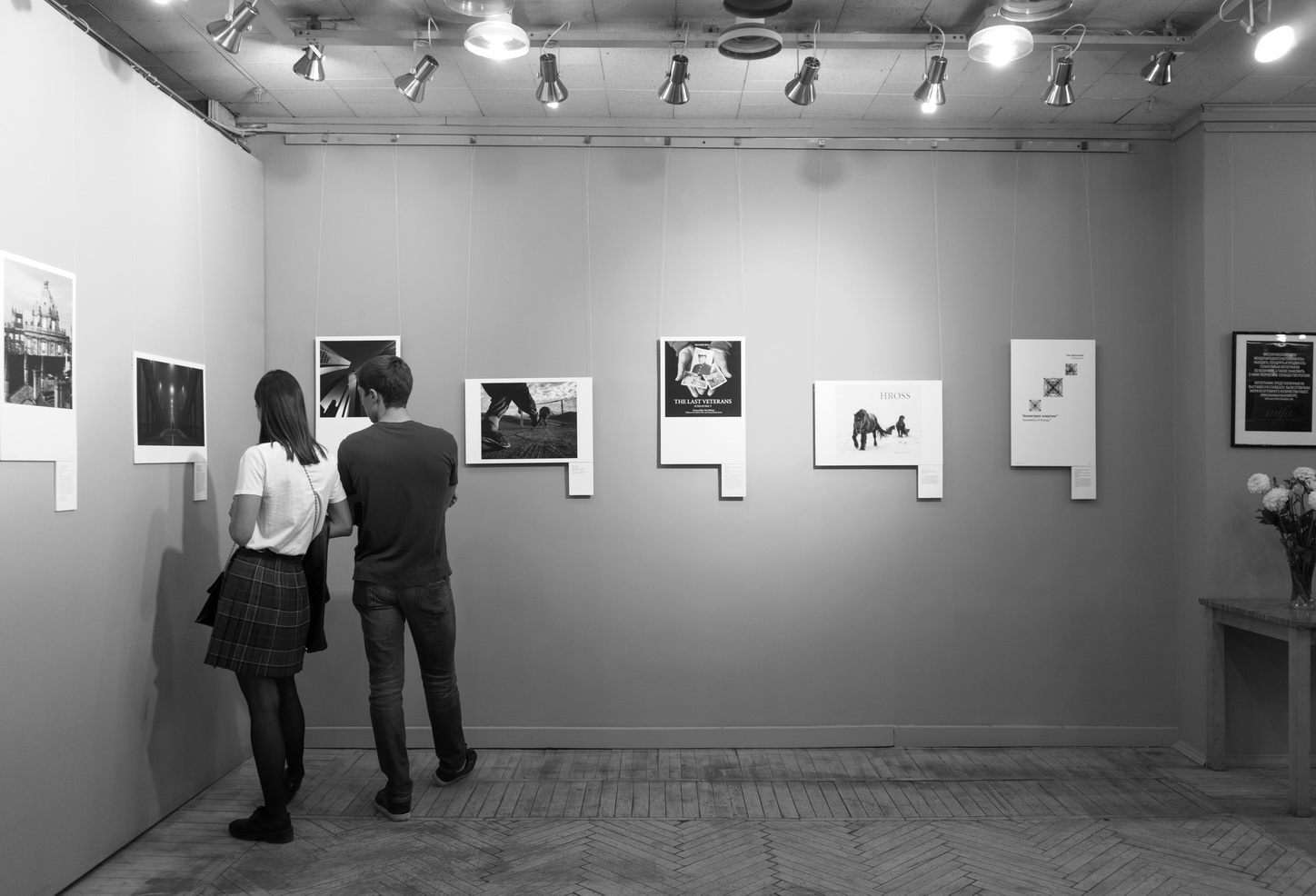 Posted by PIX INTERNATIONAL (pixintl) at 11:46 PM No comments:

Posted by PIX INTERNATIONAL (pixintl) at 1:11 PM No comments:

She Said What? Turi Ryder & Women of Chicago Radio at the Museum of Broadcast Communications (Chicago, IL.) 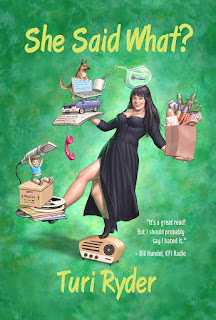 The Museum of Broadcast Communications proudly presents “She Said What? Women of Chicago Radio”What goes on behind the microphones of Chicago's top stations? Join four women who have made Chicago radio for much of their lives. Hear their stories and challenges -- from moving vans to "me too", audition tapes to Arbitron™ ratings.Featuring Roz Varon of WLS TV in conversation with:Wendy Snyder, Middays WGN AM, The Loop, WCKG  Cheryl Corley, Reporter NPR, WBEZ  Catherine Johns, Professional speaker, WLS News and Talk, WJMK. Turi Ryder, Author “She Said What?”, WLS AM, WLS FM Talk, and WGN AMGeneral event ticket: $25 (includes a copy of Turi Ryder’s new book “She Said What?” from Tortoise Books) Student event ticket: $15 (does not include book) Tickets thru:  https://www.eventbrite.com/e/she-said-what-women-of-chicago-radio-tickets-56585088523?aff=ebdssbdestsearch
Refreshments generously donated by Trader Joes & Lettuce Entertain You.Sun, April 14, 201912:00 PM – 3:00 PM CDT LocationMuseum of Broadcast Communications360 North State Street Chicago, IL 60654
Posted by PIX INTERNATIONAL (pixintl) at 3:00 AM No comments:

The 2018 Millennium Park Summer Music Series will offer an exciting lineup of FREE outdoor concerts on 11 dates between June 13 and August 15 (specific dates noted below) at the Jay Pritzker Pavilion in Millennium Park. The music series will feature a wide variety of genre-defying music from top local, national and international artists—both established and emerging. For complete details, visit millenniumpark.org.

New for the 2019 season, audiences will enjoy a premier experience at all of this summer’s programming at the Jay Pritzker Pavilion. After 15 years as one of the world’s best outdoor concert sound systems, the speakers and audio control systems at the Jay Pritzker Pavilion have been completely upgraded. The new upgraded system represents the cutting edge of audio technology—once again elevating the Pavilion as one of the world’s finest outdoor audio experience. The $2.5 million upgrade was 100% supported by Millennium Park Foundation donors and through the generosity of the Pritzker Family Endowment managed by the Millennium Park Foundation.

The Millennium Park Music Series is part of a robust schedule of more than 80 events at the Jay Pritzker Pavilion this summer.  All concerts are FREE and open to the public. Performances begin at 6:30 p.m. and take place rain or shine.

Thursday, June 13, 6:30 p.m.
Mt. Joy
Folk rockers Mt. Joy became near overnight sensations when their 2016 song “Astrovan” racked up millions of streams on Spotify.  Following tours and performances with the likes of The Shins, The Head and the Heart, The Lone Bellow and Whitney, the five-member band released their self-titled debut album last year.
Rayland Baxter
One of the hardest-touring artists on the road today, Rayland Baxter spent three months soul searching and obsessively songwriting at a rubber band factory turned studio. The resulting spectacular album Wide Awake is infused with the Nashville native’s easygoing, soulful sound with British Invasion melodies and rock and roll swagger.

Monday, June 17, 6:30 p.m.
Cory Henry and the Funk Apostles
GRAMMY® Award-winning organist Cory Henry may be best known for his role in the critically-acclaimed instrumental jazz-pop orchestra Snarky Puppy. On his debut album with the Funk Apostles, Art of Love, the band whips up an intoxicating blend of blues, soul, R&B, Afrobeat, gospel and jazz by blurring genres and upending expectations at every turn.
Liniker e os Caramelows
At the forefront of Musica Preta Brasilera (Black Brazilian Music), the Caramelows, fronted by the soulful black trans woman Liniker Barros, combine soul and R&B with the tropical heritage of Brazilian music. Their viral hit “Zero” led to the crowd-funded album Remonta and the recent release Goela Abaixo.

Monday, June 24, 6:30 p.m.
Chucho Valdes & Jazz Batá
Winner of six GRAMMY® Awards and three Latin GRAMMY® Awards, Cuban pianist, composer, arranger and band leader Chucho Valdes has been a key figure in the Afro-Cuban jazz for the past 50 years. Chucho returns to the exploration of the sacred rhythms of the sacred batá drum, the music that would form the foundation of his history making group Irakere.
Fareed Haque + Casseus
Fareed Haque is an international guitar virtuoso steeped in classical and jazz music. His unique command of the guitar infuses his performances with tradition and fearless innovation. He will perform the works of the late contemporary Haitian American guitarist and composer Franz Casseus.

Thursday, June 27, 6:30 p.m.
Flora Cash
Husband-and-wife duo Flora Cash craft atmospheric indie folk and pop music born out of a cross-Atlantic courtship that began on Soundcloud. The Swedish Shpresa Lleshaj and American Cole Randall followed up their 2017 album Nothing Lasts Forever (And It’s Fine) with the viral hit “You’re Somebody Else.”
SUSTO
The indie rock and alternative country project SUSTO centers around the lyrical narrative of singer-songer Justin Osborne. The acclaimed album Ever Since I lost My Mind is a mix of new partnerships and collaborations with old friends, anchored in perceptive songs exploring connection, loss and transience.

Monday, July 8, 6:30 p.m.
Brent Cobb
Anchored by southern storytelling and swampy, country-soul swagger, Brent Cobb’s debut album Shine on a Rainy Day became a critical and commercial hit that garnered a GRAMMY® Award nomination. The Georgia native’s 2018 followup, Providence Canyon album amps things up and pushes the sound forward with upbeat mixes of rock and country about life on the road.
Lydia Loveless
Firebrand alt-country singer Lydia Loveless combines the honky tonk sound and style of classic country with the no-quarter attitude and spunk of punk rock divas. Her highlight anticipated fourth album Real was release by Bloodshot Records followed the 2016 documentary Who is Lydia Loveless? about her life and music and directed by Gorman Bechard.

Thursday, July 25, 6:30 p.m.
Los Amigos Invisibles
The performance-oriented Venezuelan dance band, Los Amigos Invisibles plays a blend of disco, acid jazz and funk mixed with Latin rhythms. In addition to releasing eleven critically-acclaimed albums, including the 2009 GRAMMY® Award-winning Commercial, the band is lauded internationally for their explosive live shows reaching nearly 60 countries.
Natalie Prass
Natalie Prass is a musician on the rise. The singer-songwriter’s 2018 album The Future and The Past is a powerful work of art and feminist statement from an artist who is only beginning to tap her full range of considerable powers.

Monday, August 5 6:30 p.m.
Love Love Love – Chicago Celebrates the Music of Donny Hathaway
The great R&B, soul music master Donny Hathaway will be celebrated in a showcase performed by Chicago artist under the musical direction of Corey Wilkes. Named the 49th greatest singer of all time in a 2010 list published by Rolling Stone, Donny Hathaway is foundational to American soul music, with enduring songs like “The Ghetto” and ‘Where is the Love.” His influence can be heard in contemporary artists from R&B to hip hop to jazz.

Thursday, August 15 6:30 p.m.
Jupiter & Okwess
Jupiter & Okwess’ musical expression spans from East Berlin (where Jupiter grew up) to the Congo with hints of James Brown and the dominant Congolese rumba style. The band’s second album Kin Sonic transcends the Congo’s unexplored musical heritage and dives into a pool of modern sounds.
Noura Mint Seymali
Noura Mint Seymali is a nationally beloved star in Mauritania and one of the foremost emissaries of modern Moorish music. Touring notable festivals and esteemed venues throughout the world, the griot vocalist and ardine (a type of harp) master merges the ancient musical traditions of Saharan and West Africa with a powerful, contemporary voice.

**Schedule of Performers is Subject to Change**

This summer season, Millennium Park will once again implement additional security measures designed to improve the visitor experience at the park. Outside alcohol will also be prohibited at the six Jay Pritzker Pavilion events with the highest attendance, including the Chicago House Music Festival on May 24–25; the Chicago Blues Festival on June 7–9; the Chicago Mariachi Festival on June 30; the Grant Park Music Festival Independence Day Salute on July 4; the Broadway In Chicago Summer Concert on August 12; and the Chicago Jazz Festival on August 29–September 1. Outside alcohol will be allowed at the more than 70 public concerts and programs happening in Millennium Park this summer including the film series.

Visitors will have additional food and beverage options at various price points available for purchase inside the venue at the events where outside alcohol is restricted. Subject to bag search at the security perimeter, guests will continue to be allowed to bring their own food and non-alcoholic beverages to all events in Millennium Park.

The Millennium Park Music Series is produced by the Department of Cultural Affairs and Special Events and sponsored by the Chicago Transit Authority. Refreshments are available for purchase from Goose Island Beer Company, Riboli Family Wines and Pepsi at various locations throughout the park. For the latest news and events, download the Millennium Park app, visit millenniumpark.org, and follow us on Facebook (MillenniumParkChicago), Twitter, Instagram (@Millennium_Park  #MillenniumPark) and Snapchat (ChicagoDCASE).

Millennium Park is Chicago’s town square and the anchor of an urban cultural campus that includes the Chicago Cultural Center, Maggie Daley Park and the Art Institute of Chicago. Opened in 2004, Millennium Park is a 24.5-acre urban park in the heart of downtown Chicago, home to the iconic Cloud Gate (also known as “The Bean”) sculpture by Anish Kapoor, Crown Fountain designed by Jaume Plensa, the Frank Gehry-designed Jay Pritzker Pavilion, the internationally-acclaimed Lurie Garden and more. Millennium Park is located on Michigan Avenue, bordered by Randolph St. to the north, Columbus Dr. to the east and Monroe St. to the south. The Park is open 6am–11pm daily.