IT’S SHOWTIME, CHICAGO! WILL OFFICIALLY LAUNCH
THE YEAR OF CHICAGO THEATER
The first-of-its-kind initiative will kickoff on February 11 at the Chicago Cultural Center
as part of Chicago Theatre Week

Mayor Rahm Emanuel, the Department of Cultural Affairs and Special Events (DCASE) and the League of Chicago Theatres are pleased to announce “It’s Showtime, Chicago” – a kickoff event for the Year of Chicago Theatre on Monday, February 11, from 6–8 p.m. at the Chicago Cultural Center (78 E. Washington St.). Coinciding with Chicago Theatre Week, the free admission, building-wide celebration invites everyone – from the curious to seasoned theatre-goers – for an inspiring and surprising look at the “fearless soul” of our city – Chicago’s theatre community. Participating artists and theatre companies include: The Second City, Walkabout Theater Company, Free Street Theater, Chicago Youth TheatreFest, Chicago Children’s Choir and many others presenting interactive performances, live music, youth project showcases and more. The Year of Chicago Theatre is a citywide, year-long focus on theatre and is the first of its kind in the U.S.

“The Year of Chicago Theater will connect more Chicagoans with the life-changing experience of the live performance arts that Chicago is world famous for,” said Mayor Emanuel. “Chicago has long set the standard for creative, original and inspiring theater, comedy, music and art, and I am thrilled that this year the spotlight will shine on arts and culture downtown and in neighborhoods throughout the city.”

The event will also be held in conjunction with the 7th annual Chicago Theatre Week, taking place February 7–17. Presented by the League of Chicago Theatres in partnership with Choose Chicago, Chicago Theatre Week offers discounted tickets to more than 100 productions and invites residents and visitors to sample the extraordinary range of theatrical offerings in Chicago. For details, visit ChicagoTheatreWeek.com.

“To truly fall in love with Chicago, you must go to our theatres. This is where the city bares its fearless soul,” said DCASE Commissioner Mark Kelly. “From Broadway shows to storefront plays and improv, the energy of our city will come alive on stage in 2019. And with a diverse collection of dynamic theatres throughout city including five Tony Award-winning theatres and more world premieres than any other city, there’s always a seat waiting for you.”

Since the Year of Chicago Theatre was announced in September, plans are taking shape for theatre performances and special events for the public at hundreds of cultural venues, theatres, parks and neighborhood locations throughout the city. DCASE will present theatre activations and a theatre-themed Film Series throughout the summer at Millennium Park and theatre-themed public programs and exhibitions at the Chicago Cultural Center. Additionally, theatre-themed events will take place in all 77 community areas, as part of the Chicago Park District’s ‘Night Out in the Parks’ series.

Additional highlights of the initiative will include “Theatre is the fearless soul of Chicago,” a marketing campaign that leverages a new brand for Chicago theatre; $200,000+ in financial grants to support local theatre projects; and a call for civic, philanthropic, arts and business leaders to support the theatre community. The initiative will also encourage dialog within Chicago’s theatre and philanthropic communities around inclusion and equity issues – documenting the current spaces, places and people that support and sustain theatre in all corners of the city and seeking to expand the geographic scope of Chicago theatre, especially on the city’s south and west sides. The project is also developing a process for capturing and reporting on data to measure the impact of the Year of Chicago Theatre inclusion, arts education and neighborhood audience development projects.

The Year of Chicago Theatre follows the success of 2017 and 2018 initiatives celebrating Chicago’s public art and its creative youth. Its mission is to make 2019 a year in which the city of Chicago emphasizes the prominence of its expansive and innovative theatre industry.

For more information about the Year of Chicago Theatre, visit ChicagoPlays.com and join the conversation on Social Media (Facebook, Twitter and Instagram) @ChicagoDCASE and @ChicagoPlays (#2019isYOCT #ChiTheatre).

2019 Year of Chicago Theatre
The City of Chicago and the League of Chicago Theatres have designated 2019 as the ‘Year of Chicago Theatre.’ This citywide, year-long focus on theatre is the first of its kind in the U.S. The initiative includes performances and special events for the public at hundreds of cultural venues, theaters, parks and neighborhood locations throughout the city. The City of Chicago and its partners will also launch a marketing campaign; provide additional financial grants to theatre projects; encourage dialog around inclusion and equity; and call on civic, philanthropic, arts and business leaders to support the theatre community. To truly fall in love with Chicago, you must go to our theatres. This is where the city bares its fearless soul. From Broadway musicals to storefront plays and improv, there’s a seat waiting for you at one of our 200+ theatres. Book your next show today at ChicagoPlays.com.

Chicago Department of Cultural Affairs and Special Events
The Department of Cultural Affairs and Special Events is dedicated to enriching Chicago’s artistic vitality and cultural vibrancy. This includes fostering the development of Chicago’s non-profit arts sector, independent working artists and for-profit arts businesses; providing a framework to guide the City’s future cultural and economic growth, via the 2012 Chicago Cultural Plan; marketing the City’s cultural assets to a worldwide audience; and presenting high-quality, free and affordable cultural programs for residents and visitors.
Posted by PIX INTERNATIONAL (pixintl) at 2:52 PM No comments:

The Writers’ Workshop of Asheville, NC, is sponsoring its 26th Annual Poetry Contest,  open to any writer regardless of residence.  The guidelines are also posted at our website, www.twwoa.org.  For questions, email writersw@gmail.com or call 828-254-8111.

26th Annual Poetry Contest
Deadline: Postmarked (or emailed) by March 31, 2019
Guidelines:
All work must be unpublished. Each poem should not exceed two pages. Multiple entries are accepted. Your name, address, phone email and title of work should also appear on the cover sheet. The entry fee is $25 for every 3 poems. All entries receive comments from the judges.
Enclose self-sealing SASE for comments and winners' list, and mail to: Poetry Contest, 387 Beaucatcher Road, Asheville, NC  28805.
Emailed submissions may be sent to writersw@gmail.com with "Poetry Contest" in the subject. Entry fee is payable online at www.twwoa.org. Please send attachment in Word Doc. No SASE necessary – judges’ comments will be emailed.

Awards:
1st Place:  Your choice of a 2 night stay at The Mountain Muse B&B in Asheville; or 3 free online workshops; or 10 poems line-edited and revised by our editorial staff. 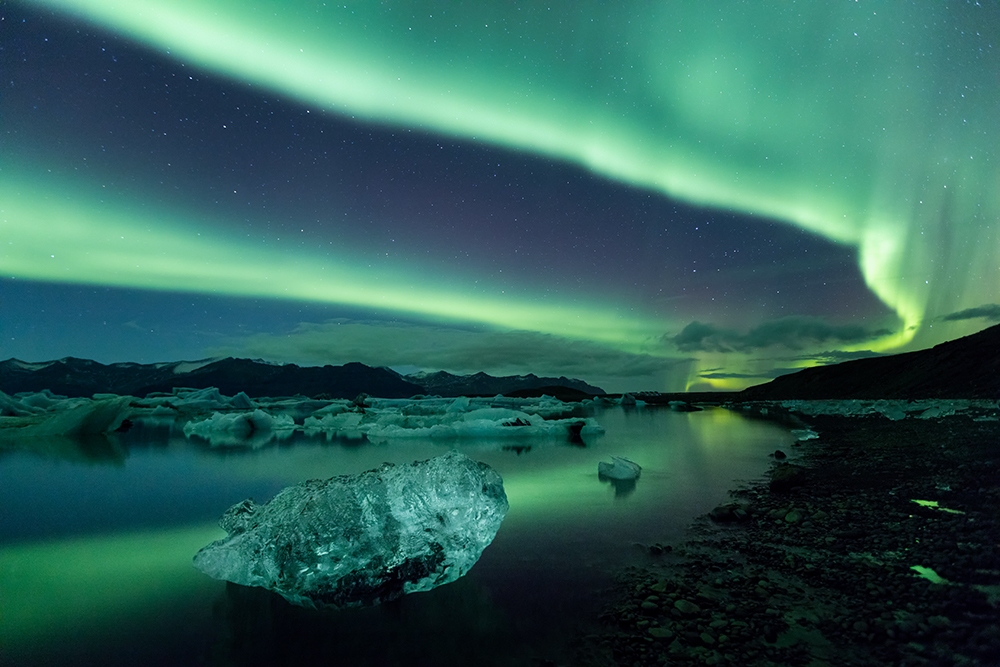 CALL FOR ENTRIES
Enter the 2019 edition of the Paris Photo Prize by
Tuesday 15th of January 2019 to receive 5% off your entry fees.
SUBMIT NOW AND GET 5% OFF
Px3 2019 PHOTOGRAPHY AWARDS

Inclusion in the Annual
P×3 book
The Photographer of the Year is chosen from among the 1st prize winners in each of the 6 Pro Categories (Advertising, Book, Fine Art, Nature, Portraiture, Press/Editorial). The Best New Talent of the Year is chosen from the 1st prize winners in the 6 Non-Pro/Student categories. The winners of these 2 titles receive cash prizes, their work is publicized internationally, receive the spotlight at all events, are exhibited in Paris, and published in the P×3 Annual Book.
Learn more

With this special contest, our goal is to bring uncensored news, directly from photographers witnessing events with the guarantee that they are not manipulated by the mainstream media or sensationalized for profit.

Submitted images will be viewed and judged by our distinguished panel of Jurors and entries will compete for $4,000 in total cash prizes. The Grand Winner will be selected from the category winners – meaning that the winning photographer will get the Category Winner Award and the Grand Winner Award as well.
Show us the world with your photography 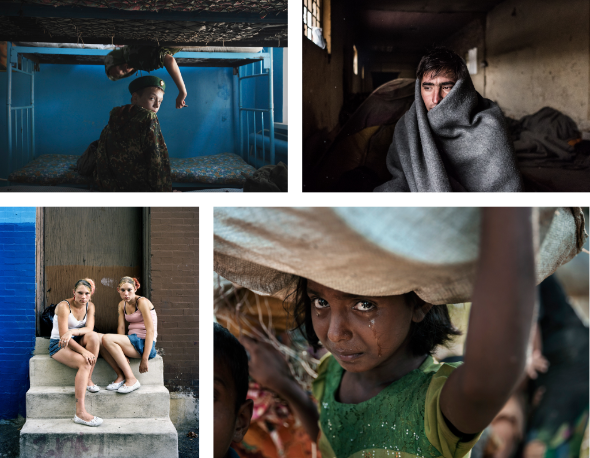 Photographers of all levels of expertise are welcome to enter.
There are no separate categories for professional and non-professional / student photographers.
Photo series categories:
• Political impact
• War/conflict
• Social documentary
• Environmental issues
• Heroes among us
• What a wonderful world
ENTER NOW

"The San Francisco Bay Area Salt Ponds, once home to a stunning array of wildlife and plants, viewed from air, are now a world of blazing colors and swirling patterns. Yet their complex industrial history, including the use of their salt to manufacture napalm in the 1960s—the searing effects of which I witnessed firsthand during my upbringing as a young Buddhist monk in Vietnam—has increasingly led me to see them in a new light. This is a story of a thriving land in transition: a healing landscape that unites many worlds as one." 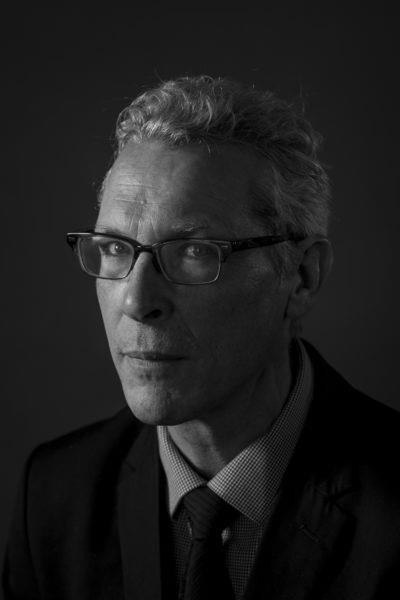 Picture by Adam Ferguson
James Wellford
National Geographic / Senior Photo Editor, Global Affairs
James Wellford is a Senior Photo Editor for Global Issues at National Geographic Magazine in Washington, DC. Prior to this, he was the Editorial Director at Visura (Visura.co) and a contributing photo editor at Foreign Policy, CNN, and Smithsonian Journeys. For 12 years he was the International Photo Editor at Newsweek Magazine and is a Knight Wallace Fellow from the University of Michigan. His collaborative work with photographers has received top honors at the Overseas Press Club, World Press Photo, POYi, American Photo, Visa Pour L’image, PX 3, and NPPA. He curates photography and multimedia shows that address topical issues in the world.
James has served as a jury member in many international awards and was a member of the 2012 World Press Masterclass in Amsterdam He is also on the advisory board of the Photobook Museum and is the co-founder of ScreenProjects, an organization working on ways to create, support, and deliver powerful visual and narrative stories around the world.
VIEW ALL JURY
Cover photo: Erika Valkovicova / Hypnotised (Px3 2018 - Non-Pro/Student)
FOLLOW PX3 ON SOCIAL MEDIA