The Navy SEAL Foundation announced today that the Kenneth C. Griffin Charitable Fund has issued a one million dollar challenge grant in support of the 2018 Navy SEAL Foundation’s Midwest Evening of Tribute .
The event will take place on September 6, 2018, at the Hilton Chicago and will feature Vice Admiral (SEAL) Robert Harward and Master Chief Special Warfare Operator (SEAL) and Medal of Honor Recipient Britt Slabinski, USN, RET.
The Kenneth C. Griffin Charitable Fund will match dollar for dollar, up to one million dollars, all donations made to the Navy SEAL Foundation starting on Saturday, September 1 through midnight on September 6, 2018, the night of the Midwest Evening of Tribute. Donations can be made online at https://www.navysealfoundation.org/chicago/ or by calling 630.472.9661.
Ken Griffin, CEO of Citadel, has been a longtime supporter of the Navy SEAL Foundation and is a member of the Navy SEAL Foundation Honorary Board. Last year, Griffin received the 2017 Navy SEAL Foundation Patriot Award in recognition of his generosity and commitment to the Naval Special Warfare community and their families.
"The Navy SEALs devote their lives to protecting our nation and defending our values,” said Griffin. “I am proud to support the SEALs and their families, and hope many more will join me in recognizing their unwavering dedication and sacrifice.”
Griffin is among the nation’s most generous philanthropists, focusing on causes that drive community engagement and improvement and provide children, adults and families access to leading educational, cultural, and medical institutions. His directed giving has included support for public, private and charter schools across the country, building soccer fields for children in Chicago neighborhoods, increasing economic scholarship at the University of Chicago and a more than $150 million gift to Harvard University, his alma mater, to help provide need-based financial aid.
“The Foundation is so fortunate to have Ken on our team,” said Robin King, CEO of the Navy SEAL Foundation.  “Not only does he support our work through personal giving, but he encourages others to give back in a way that is both inspiring and impactful.  His generosity is profound, and we are a stronger organization because of his support.”
“U.S. Navy SEALs have been in sustained combat for over 17 years, performing hazardous work in unforgiving environments at an unrelenting pace. SEALs and Naval Special Warfare Operators are currently deployed in over 30+ countries across the globe and can spend up to 270 days each year in harm's way.  The Navy SEAL Foundation strengthens the force and family and provides a level of security that enables warriors to focus solely on their missions,” said Bill Strong, 2018 Midwest Evening of Tribute Chair.

To learn more about the Navy SEAL Foundation’s Midwest Evening of Tribute and how you can attend or support, please visit: www.navySEALfoundation.org/chicago
About the Navy SEAL Foundation:
The Navy SEAL Foundation's mission is to provide immediate and ongoing support and assistance to the Naval Special Warfare (NSW) community and its families.
U.S. Navy SEALs have been in sustained combat for over 17 years, performing hazardous work in unforgiving environments at an unrelenting pace. SEALs are currently deployed in over 30+ countries across the globe and can spend up to 270 days each year in harm's way. The Navy SEAL Foundation stands behind these warriors and their families by providing a comprehensive set of programs specifically designed to improve health and welfare, build and enhance resiliency, empower and educate families and provide critical support during times of illness, injury or loss.
Like the community it serves, the Navy SEAL Foundation is a high performing organization committed to excellence. NSF has received seven consecutive 4-Star ratings from Charity Navigator. It is one of less than 70 charities from among more than 9,000 to have earned a perfect score of 100 for our financial health, accountability, and transparency, placing NSF in the top 1% of the rated charities. Ninety-four cents of every dollar donated goes directly to programs or is retained for future mission use.
The Navy SEAL Foundation is a 501c3 national non-profit charitable organization. TAX-ID 31-1728910. The Navy SEAL Foundation is a non-federal entity. It is not a part of the Department of Defense or any of its components, and it has no governmental status. For more information, please visit: http://www.navySEALfoundation.org
Posted by PIX INTERNATIONAL (pixintl) at 1:43 PM No comments:


Space is still available on the first-ever Beatles Fans Tour to Cuba! Join fellow music lovers in a safe and exciting professionally organized tour to Cuba, November 11-16th, 2018. Truly a Magical Mystery/History Tour, this travel adventure introduces participants to the island that has been off-limits to Americans for many years, with the theme of music, food and Beatles.
This customized, fully-escorted tour vacation includes: Round-trip airfare from NY, Miami, Ft. Lauderdale or Atlanta to Jose Marti Airport, Havana; Visas and all necessary People-to-People travel documents/paperwork; Airport transfers; deluxe accommodations at 4 star hotel in Central Havana; Luxury air-conditioned coach; Professional English-speaking tour guides; Daily sightseeing; All entrance fees, admissions, parties, events; Evening attractions such as Live concerts, shows & evening activities; Guest Speakers; Afternoon cruise/ride in old, vintage 50s & 60s cars; People-to-People interaction; Full American buffet breakfasts daily; Beverages; All Beatles and music-related events and attractions; plus so much more.
The per person cost is only $2699 based on double occupancy (a $4000 value). This low price is all-inclusive aside from dinners, tips and souvenirs. Strictly limited to the first 30 reservations.
Website:  http://www.toursandevents.com/beatlescuba.html
To view the itinerary, visit http://www.toursandevents.com/beatlescuba.html
LIKE us on Facebook: https://www.facebook.com/LiverpoolTours/
Event Page:   https://www.facebook.com/events/139701129955565/
This niche tour gives music fans & Beatles aficionados the rare opportunity to travel to Cuba, as presented by Liverpool Productions, organizers of the Magical History Tour to London & Liverpool since 1983. Hosted by Charles F. Rosenay!!!
For more info or to reserve your space on this historic travel adventure, email LiverpoolTours@aol.com or phone (203) 795-4737. 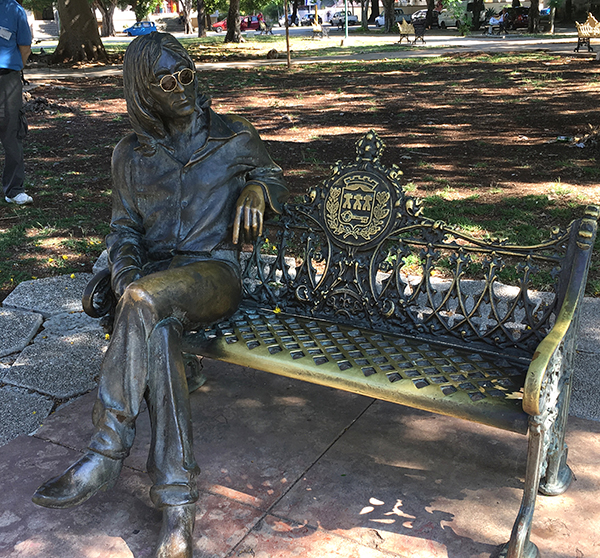 Posted by PIX INTERNATIONAL (pixintl) at 2:41 PM No comments:

Posted by PIX INTERNATIONAL (pixintl) at 11:19 AM No comments:

Back in the 1990s I started using a wonderful program called, iView to catalog my images. The program evolved, was sold several times and is currently owned by Capture One. The bad news is, they've stopped selling this amazing program to focus on Capture One for cataloging.

Yesterday Adobe announced that they will no longer be supporting older Windows and MAC systems. If you are a Mac user like me that is running El Capitan and need to use Lightroom or Photoshop, you will need a new computer. Older Mac systems(2012 and older) do not play nice with anything above El Capitan as I had learned the hard way last year. I accidentally installed the software update and it was ok for several days until it was not. Lucky for me I was able to get a great technician over in 24 hours and $165 later that installed El Capitan.

High Sierra has been problematic for many and hopefully, the new MAC systems will have finally figured out what us mere mortals can not.

Below is the announcement from Capture One.
Posted by PIX INTERNATIONAL (pixintl) at 10:54 AM No comments:

Posted by PIX INTERNATIONAL (pixintl) at 10:29 AM No comments:

Posted by PIX INTERNATIONAL (pixintl) at 10:14 AM No comments:

Posted by PIX INTERNATIONAL (pixintl) at 4:24 PM No comments: