For the first time in the event’s 65-year history, the Chicago chapter of the American Institute of Architects’ (AIA Chicago) Design Excellence Awards was conducted in an online format honoring the city’s outstanding architectural projects at Designight 2020. The annual celebration, attended virtually by hundreds of architecture, engineering and construction industry leaders, was presented by Chicago television personality, producer and WTTW host, Geoffrey Baer.

“Against the backdrop of a chaotic year punctuated by global and local upheaval, the unwavering impact of design and its power to understand, uplift and unify the people that it serves is felt deeply. It is important to honor the meaningful achievements and advancements of Chicago’s dynamic A&D community as they anticipate and provide for what the future holds,” said AIA Chicago Vice President of Honors and Awards, Jennifer Park, AIA.

Nine nationally renowned architects acted as jurors, evaluating hundreds of entries before selecting the winning projects. Each winning project received a specific distinction with its award. Honor Awards denote AIA’s highest distinction, emphasizing that Honor Award projects embody all elements of excellent design. Citations of Merit denote accomplished projects where the jury may have been divided, while the Special Recognition category is bestowed by juror nomination, in which a project is recognized for a specific strength or accomplishment.

“This year’s entries represented a return to community-first ideas, spurred by the lessons this tumultuous year has quite uncompromisingly taught. Environments across both the commercial and civic fields have committed to empathetic, human-centered spaces, with firms prioritizing enduring and intuitive projects that are not only beautiful but conscientious,” noted the jury.


Other awards recognized projects ranging from flagship restaurants and transit to student dining halls and libraries, including:

This year’s Lifetime Achievement Award was presented to Phillip Craig Johnson, FAIA. A mentor, firm leader and trailblazing architect, Johnson has 44 years of experience in a variety of architectural areas prior to and since co-founding the firm, Johnson & Lee, Ltd. In 2005, Johnson was elevated by the American Institute of Architects to the College of Fellows and has served on the Board of AIA Chicago and as an advisor to the Illinois Chapter of the National Organization of Minority Architects (INOMA).

All Design Excellence Award-winning projects will be featured in Chicago Architect magazine and highlighted in a presentation that includes all awards submissions on the AIA Chicago website, where you can also watch the awards presentation.

The American Institute of Architects Chicago (AIA Chicago) is the largest chapter of licensed architects, architectural interns, and allied professionals within AIA Illinois, and the second largest AIA chapter in the country.

As a resource for its members in service to society, AIA Chicago promotes positive change through the power of design
Posted by PIX INTERNATIONAL (pixintl) at 12:30 AM No comments:

The Chicago Scots, the first and oldest non-profit organization in Illinois, is thrilled to officially kick off their historic 175th anniversary year by hosting the 175th Annual Saint Andrew’s Day Gala, “The Feast of the Haggis”, on Monday, November 30 beginning at 6:30 p.m. This event, held annually, even in times of war, depression, and pandemics, will be hosted virtually for the first time since its inception to keep the safety of all patrons and participants of the utmost importance. During this tremendous celebration of tradition, all participants will have the opportunity to enjoy an exclusive Feast of the Haggis in A Box, specially curated by Award Winning Chef Gary Maclean, who will take purchasers through how to recreate various Scottish delicacies in the safety of their homes, as well as live entertainment including bagpipers and Highland Dancers, special awards presentations, and much more. 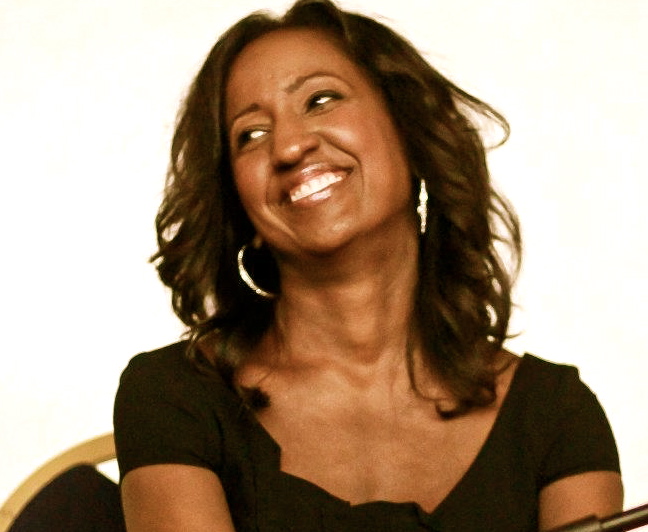 The award-winning documentary - MR. SOUL! directed by MELISSA HAIZLIP is now in its 3rd month in over 30+ virtual cinemas.  Audiences across the nation are continuing to experience MR. SOUL!

This inspirational and entertaining film will continue to spread love and happiness, as Al Green would sing, this week and through next week when we will celebrate the start of 2nd month on September 28!  We started with 3 cinemas who joined us in late July and we opened in 70+ cinemas, grew to 90+ and now as we start month 2 - we are still holding with 60+ cinema partners.  During this pandemic time, people keep discovering Ellis Haizlip aka Mr. Soul and some come back to watch it again. As Ellis would say: Black Seeds Keep on Growing!

Your reviews now and your what to watch and even a feature story is most welcome for this monumental documentary.

MR. SOUL! was also featured in THE NEW YORKER MAGAZINE in the GOINGS ON ABOUT TOWN  section.
https://www.newyorker.com/goings-on-about-town/movies/mr-soul

HERE'S THE LINK TO THIS HISTORIC MOMENT! Take a look.  This gathering was phenomenal.
https://youtu.be/bUnI4VhxjWw

Let me know if you'd a link to the film for your review and if you would like to interview filmmaker Melissa Haizlip and Executive Producer/Voice of Ellis Haizlip - Blair Underwood, we can try and arrange that.
But do let me know...

MR. SOUL! UPDATE - HELD OVER AGAIN! NOW INTO OUR 3RD MONTH! WITH OVER 30 SCREENS.

BEFORE OPRAH, BEFORE ARSENIO... THERE WAS MR. SOUL!

NOW IN ITS THIRD MONTH IN OVER 30+ VIRTUAL CINEMAS ACROSS THE NATION
CELEBRATING THE 52ND ANNIVERSARY OF "SOUL!" AND BRINGING LOVE & HAPPINESS TO ALL! 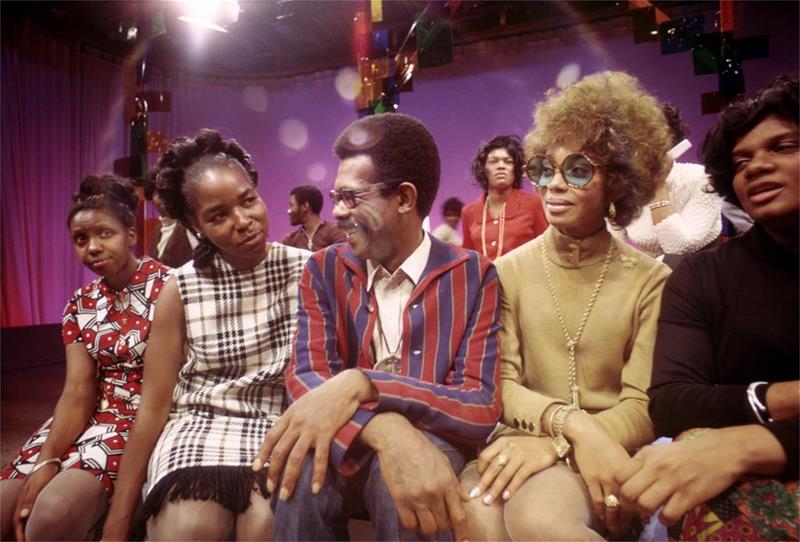 On the set of SOUL!, Host Ellils Haizlip (middle) is surrounded by members of the J.C. WHITE SINGERS after their moving performance
in a scene from MR. SOUL! – A FILM BY MELISSA HAIZLIP.  PHOTO BY ALEX HARSLEY

SHOES IN THE BED PRODUCTIONS
PRESENTS

The award-winning film - Mr. SOUL! - directed by Melissa Haizlip continues to wow audiences across the nation in virtual cinemas this week and is held over once again with over 30+ virtual cinemas across the country as this crowd pleasing film in its third month!! This monumental film is a tribute and an important look at America's first "Black Tonight Show" that aired directly from New York on public broadcasting from 1968-1973 at the height of the Black Power Movement and the Civil Rights Movement.

Aptly titled SOUL!, this groundbreaking show was produced and hosted by Ellis Haizlip aka Mr. SOUL!  He was hip, smart, innovative, political and gay. In his personal fight for social equality, he ensured the revolution would be televised. And that Revolution was his TV show SOUL! - an incredibly unique weekly television show that aired on public television from 1968 - 1973 celebrating Black American culture, art, life, love and community, which he shared with households across the nation in their living rooms every week.

The film's distributors Shoes In The Bed Productions and Open Your Eyes & Think MF are proud to announce the continuing virtual cinema release in over 30+ cinemas celebrating its third month in release!  This September also marked the 52nd anniversary of the beginning broadcast of SOUL! on September 12, 1968.  From that day forward, Ellis Haizlip and his amazing crew of producers, directors, crew and guest artists made history every week.  And now, through this film, Ellis still continues to inspire and instill pride into new generations of fans. As he states in the film, "Black seeds keep on growing," the time now is most important.

"It's been beautiful to see and hear from viewers around the nation who are both entertained and uplifted by our film, as well as inspired as they discover Mr. SOUL!," says director Melissa Haizlip, who is also Ellis Haizlip's niece.  "Sharing my uncle's story and the legacy of his groundbreaking show is super important right now.  As we head into our third month in release, what an incredible gift -- it allows more people to discover Ellis Haizlip's life and the impact that SOUL! had on our country, both then and now, during this pivotal moment. And now, to be honored with this Critic’s Choice Documentary Award, I am humbled and full of gratitude to these journalists who were moved by his story. This continues to be an amazing journey for the film."

Mr. SOUL! is directed, written and produced by Melissa Haizlip, featuring music composed and performed by Grammy® winning musician/composer Robert Glasper, with the voice of Ellis Haizlip by Grammy® / Emmy® winner Blair Underwood - one of the film’s Executive Producers. The virtual cinema release run is presented together by Shoes In The Bed Productions and Open Your Eyes & Think MF. The purchasing of virtual cinema tickets continues to help support independent cinemas across the nation and this amazing independent filmmaker and film.

Tickets and more information are available on the website:  www.mrsoulmovie.com. 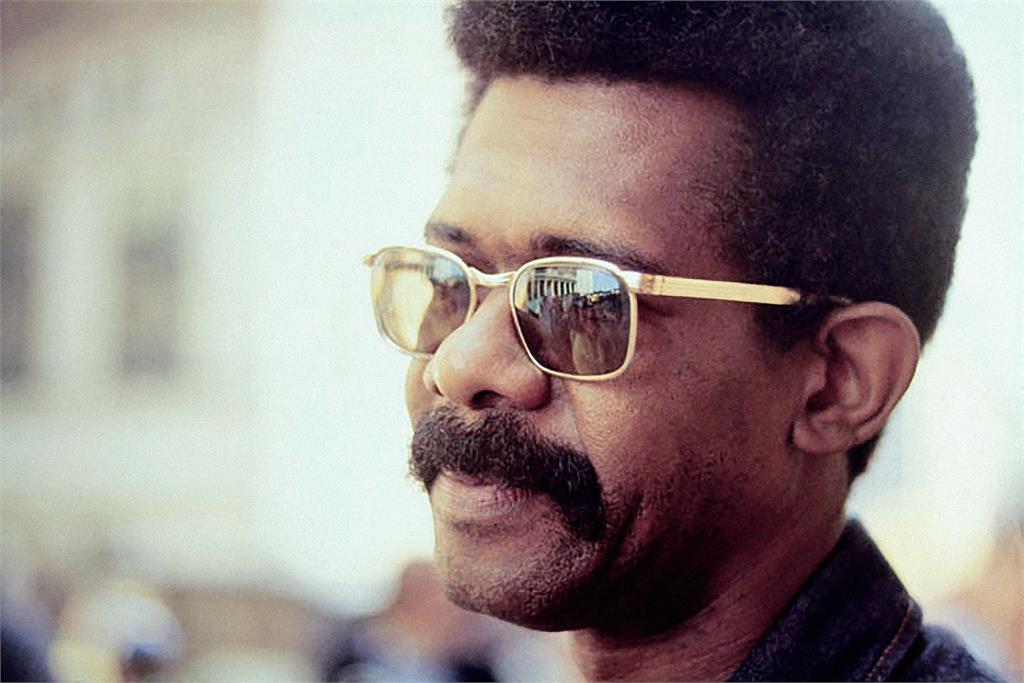 Creator and Host of the monumental show SOUL! - Ellis Haizlip (aka Mr. Soul!) - takes a moment in a scene from the film
MR. SOUL! - Directed by Melissa Haizlip.  Photo Credit: Ivan Curry/Shoes In The Bed Productions 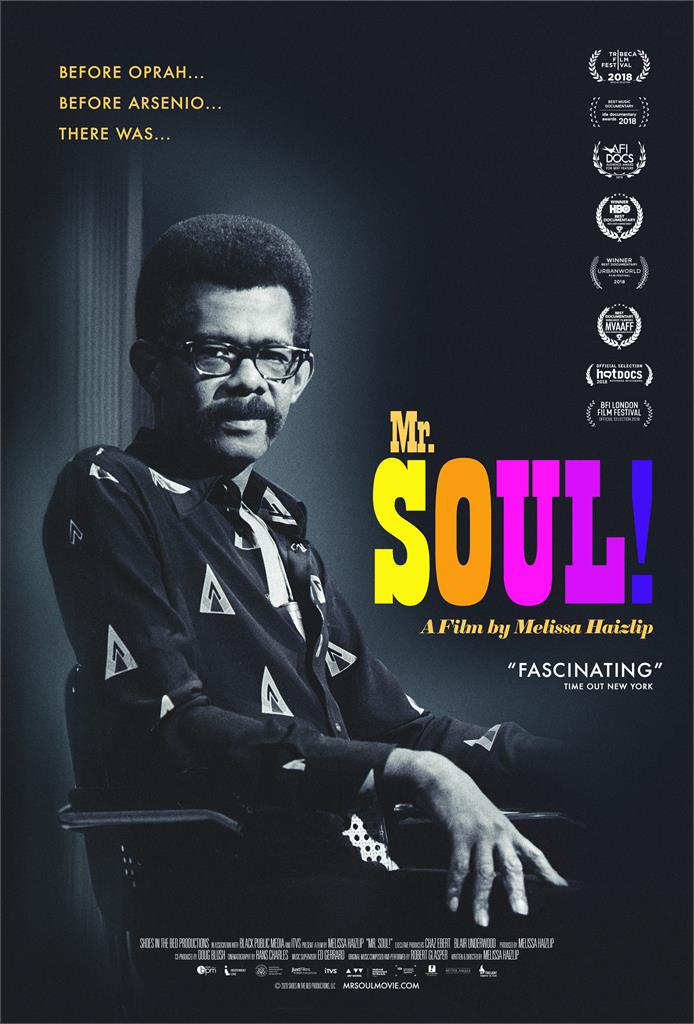 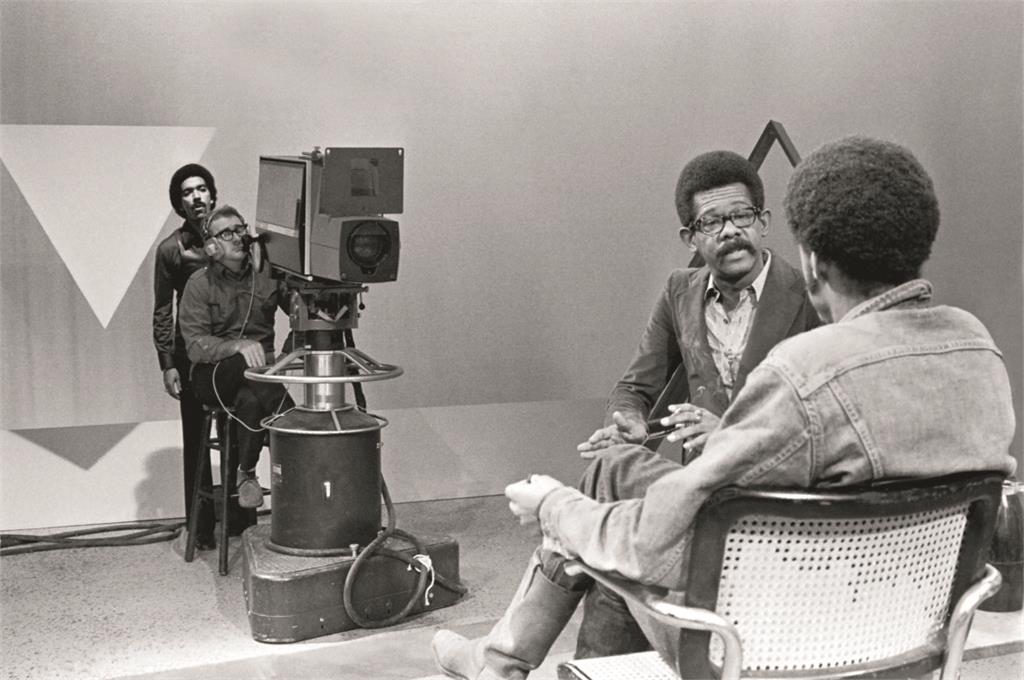 “A rich and illuminating piece of cultural history”
- The Hollywood Reporter

"...Enthralling and entertaining..."
- The New Yorker

Interviews with director Melissa Haizlip and select subjects are available via request.
Screening link for your editorial consideration and review is also available.


FOR PHOTOS AND OTHER PRESS MATERIALS:
https://drive.google.com/drive/folders/1GjfpI1oIIC61rr21EnDeIRaOCjss7UCT?usp=sharing


HERE'S THE LINK TO THIS HISTORIC MOMENT OF THE MR. SOUL PREMIERE KICKBACK!
Take a look.  This gathering was phenomenal.
https://youtu.be/bUnI4VhxjWw 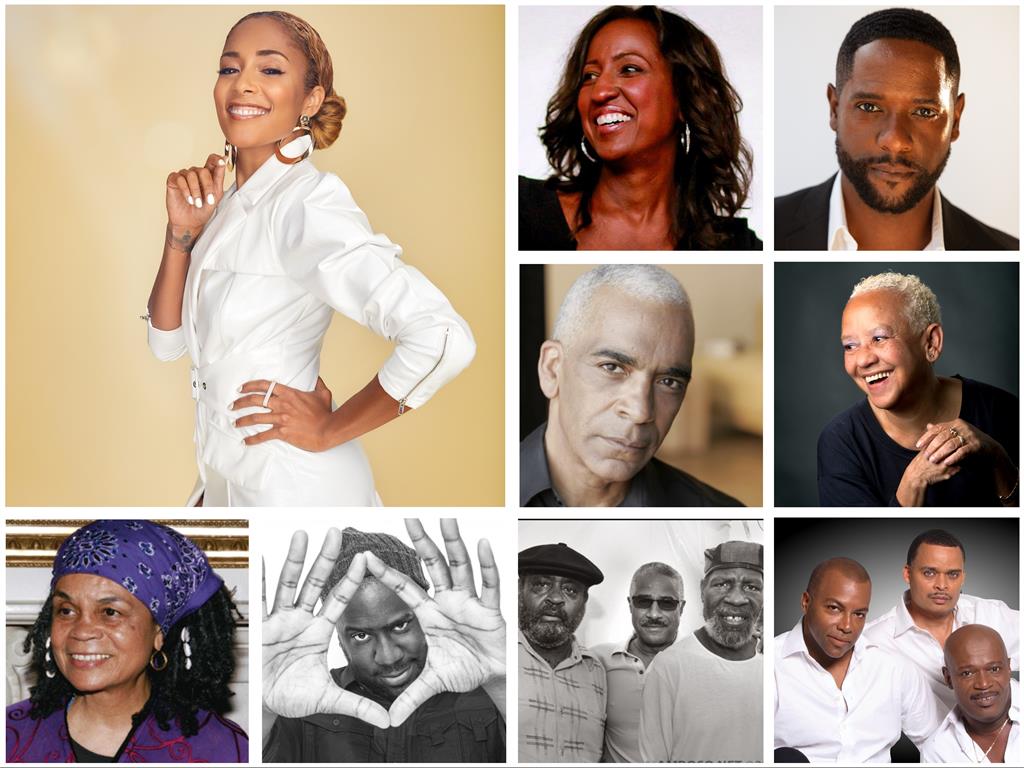 Thank you from the Chicago Film Fest!

Posted by PIX INTERNATIONAL (pixintl) at 8:22 PM No comments: