Posted by PIX INTERNATIONAL (pixintl) at 10:09 AM No comments:

Posted by PIX INTERNATIONAL (pixintl) at 10:08 AM No comments:

The Department of Cultural Affairs and Special Events (DCASE) is pleased to announce the lineup for Millennium Park Summer Film Series happening Tuesdays, June 5 through August 21, at 6:30pm. New this year, each screening in the series will be programmed in collaboration with a local independent film festival providing a season-long sampling of the themes, ethnicities and genres seen in the more than 50 film festivals presented annually in Chicago.

Guests may take a seat at the Jay Pritzker Pavilion or lounge on the Great Lawn as crowd-pleasing movies are presented on the state-of- the-art, 40-foot LED screen.

Additionally, each film presentation will begin with a screening of a “ChicagoMade Short” – a locally-produced short film. A program of the Chicago Film Office’s Independent Filmmaker Initiative, the ChicagoMade Shorts Series is a celebration of the robust local independent film community and a showcase of entertaining work produced by talented Chicago-based artists.

June 12: Mad Max: Fury Road
Programmed in collaboration with the Chicago Critics Film Festival
(2015, rated R for intense sequences of violence throughout, and for disturbing images, 120 minutes)
In a post-apocalyptic desert wasteland where people must fight for scarce resources, a woman (Charlize Theron) rebels against the tyrannical ruler in a search for her homeland with the help of a group of female prisoners, a psychotic worshipper and a drifter named Max (Tom Hardy).

June 26: Groundhog Day
Programmed in collaboration with the Chicago Comedy Film Festival and Second City
(1993, rated PG for some thematic elements, 101 minutes)
Cynical and frustrated news reporter Phil Connors (Bill Murrays) finds himself reliving the same day covering the annual Groundhog Day festivities in small town Punxsutawney, Pennsylvania, with his cameraman Larry (Chris Elliott) and producer Rita (Andie MacDowell). Just as Phil starts to believe the he is doomed to live this day for all eternity, he learns that life isn’t what happens but how you react to it.

July 3: High Fidelity
Programmed in collaboration with the Midwest Independent Film Festival
(2000, rated R for language and some sexuality 113 minutes)
Thirty-something Rob Gordon (John Cusack), a former club DJ and now owner of record store Championship Vinyl, with a penchant for compiling top five lists, attempts to understand why he has been dumped by his latest girlfriend Laura (Iben Hjejle) by revisiting his life’s top five worst break-ups. Much of the movie, based on the book by Nick Hornby, was filmed in Chicago.

July 24: Get Out
Programmed in collaboration with the Gene Siskel Film Center’s Black Harvest Film Festival
(2017, rated R for violence, bloody images, and language including sexual references,104 minutes)
Young African American Chris (Daniel Kaluuya) visits the white family of his girlfriend Rose (Allison Williams) for the weekend. At first, Chris reads the family's overly accommodating behavior as nervous attempts to deal with their daughter's interracial relationship, but as the weekend progresses, a series of increasingly disturbing discoveries lead him to a truth that he never could have imagined. The Oscar-winning film for Best Original Screenplay was written and directed by Jordan Peele.

July 31: DOUBLE FEATURE! WALL-E and Crash
WALL-E
Programmed in collaboration with the One Earth Film Festival
(2008, rated G, 98 minutes)
In a distant, but not so unrealistic, future, mankind has abandoned the trash-covered earth, and WALL-E, a garbage collecting robot, has been left to clean up the mess. Mesmerized with trinkets of Earth's history and show tunes, WALL-E inadvertently embarks on a space journey with his sprightly pet cockroach that will ultimately decide the fate of mankind.

Crash
Programmed in collaboration with the Peace on Earth Film Festival
(2004, rated R for language, sexual content and some violence, 112 minutes)
Over a thirty-six hour period in Los Angeles, a handful of disparate people's lives intertwine as they deal with the tense race relations that belie life in the city. Directed by Paul Haggis, the film won three Oscars, including one for Best Picture, and stars Don Cheadle, Sandra Bullock, Matt Dillon, Jennifer Esposito, Brendan Fraser among many others in this ensemble cast.

August 7: School of Rock
Programmed in collaboration with the Chicago International Movies and Music Festival
(2003, Rated PG-13 for some rude humor and drug references, 108 minutes)
Fired from his band, down and out rock star Dewey Finn (Jack Black), takes a gig as a 4th grade substitute teacher at an uptight private school. His attitude and hijinks teach the students some unconventional lessons, as he secretly leads his talented young musicians to the "battle of the bands" competition.

August 14: Coco
Programmed in collaboration with the Chicago Latino Film Festival
(2017, rated PG for thematic elements, 105 minutes)
Aspiring musician Miguel (voiced by Anthony Gonzalez), confronted by his family's baffling generations-old ban on music, takes an accidental trip to the stunning and colorful Land of the Dead where, along with the charming trickster skeleton Hector (voiced by Gael García Bernal), he unlocks the real story behind his family history. Coco won two Oscars, including Best Animated Feature Film.

August 21: Slumdog Millionaire
Programmed in collaboration with the Chicago International Film Festival
(2008, Rated R for some violence, disturbing images and language, 120 minutes)
Finding himself just one question away from winning 20 million rupees on India's Kaun Banega Crorepati? (Who Wants To Be A Millionaire?), eighteen year-old Jamal (Dev Patel) is accused of cheating and reflects on how his life in the slums of Mumbai gave him all the answers.

What to know before you go…
As the summer season kicks off in Millennium Park, some important changes are coming to improve security and the visitor experience at the park. The City of Chicago will implement a security perimeter and bag check for all concerts and events that take place in Millennium Park. Outside alcohol will be prohibited at the seven Jay Pritzker Pavilion events with the highest attendance; however, food and other beverages are still permitted: May 26: Chicago House Music Festival; June 8–10: Chicago Blues Festival; June 24: Chicago Mariachi Festival; July 4: Grant Park Music Festival Independence Day Salute; August 9: Wait, Wait Don’t Tell Me; August 13: Broadway in Chicago Summer Concert and August 29–September 2: Chicago Jazz Festival. Outside food and beverage, including alcohol, will be permitted at the Millennium Park Film Series and among over 70 public concerts and programs happening in Millennium Park this summer.

The Millennium Park Film Series is produced by the Department of Cultural Affairs and Special events and sponsored by the Chicago Transit Authority. Additionally, the series is partially supported by a grant from the Illinois Arts Council. Refreshments are available for purchase from Goose Island Beer Company, Riboli Family Wines and Pepsi at various locations throughout the park. For the latest news and events, download the Millennium Park app, visit millenniumpark.org, and follow us on Facebook (MillenniumParkChicago), Twitter, Instagram (@Millennium_Park  #MillenniumPark) and Snapchat (ChicagoDCASE).


Opened in 2004, Millennium Park is a 24.5-acre urban park in the heart of downtown Chicago, home to the iconic Cloud Gate sculpture (also known as “The Bean”) by Anish Kapoor, Crown Fountain designed by Jaume Plensa, the Frank Gehry-designed Jay Pritzker Pavilion, Lurie Garden and more. Millennium Park is Chicago’s town square and the anchor of an urban cultural campus that includes the Chicago Cultural Center, Maggie Daley Park and the Art Institute of Chicago—all connected by the Chicago Cultural Mile. Millennium Park is located on Michigan Avenue, bordered by Randolph St. to the north, Columbus Dr. to the east and Monroe St. to the south. The Park is open 6am–11pm daily. For the latest news and events, download the Millennium Park app, visit millenniumpark.org, like us on Facebook and follow us on Twitter and Instagram, @Millennium_Park.

Posted by PIX INTERNATIONAL (pixintl) at 11:14 AM No comments:

Posted by PIX INTERNATIONAL (pixintl) at 11:11 AM No comments: 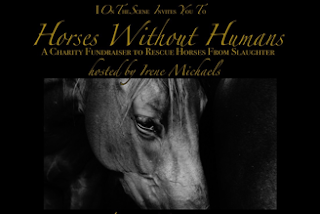 Chicago’s own Irene Michaels, the founder of I On The Scene, will be hosting a fundraiser for the charity Horses Without Humans on Tuesday, May 29th, 2018

The cocktail fundraiser will be held on Tuesday, May 29th from 6pm-9pm at Gene & Georgetti Steakhouse (300 N. Franklin Street). Horses without Humans is a non-profit organization that rescues horses from slaughter, giving them proper health care, rehabilitation, training and love to prepare them for adoption and a second chance at life.

Each year more than 137,000 American horses - including pregnant mares - are sent to inhumane slaughter facilities for international consumption. These unwanted horses, many of which are trained riding horses, have been abandoned by the people they trust only to spend their final few days alone, terrified, and abused before meeting an untimely and cruel end.

Tickets are $75, which includes food and wine, and can be purchased here: https://www.eventbrite.com/e/horses-without-humans-charity-fundraiser-tickets-45804902697?aff=ebdssbdestsearch

If you are unable to make, but would like to make a donation to the charity, you can contribute via the fundraiser’s GoFundMe page.

Irene Michaels is the founder of  I On The Scene – a culture, fashion and beauty site that publishes exciting content on the biggest entertainment news in Chicago, New York, and Los Angeles and overseas. In addition to her work with I On, Irene is an award-winning equestrian and can often be found at the stables.

Posted by PIX INTERNATIONAL (pixintl) at 11:07 AM No comments: