The Artist and Guitar Legend Whose Recorded with the Likes of Bob Dylan, John Entwistle, James Taylor and MORE Will Attend
Saturday, April 21st From 12PM to 4PM 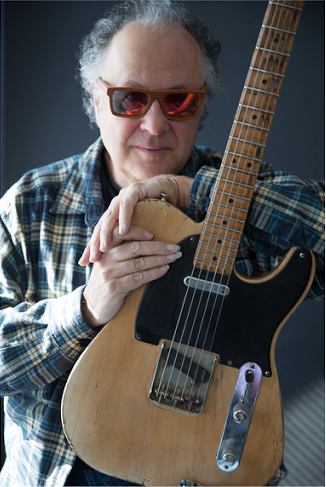 The NY Guitar Show is proud to announce this year’s headliner is recording artist and “Master of the Telecaster,” Arlen Roth. Mr. Roth will be appearing for ONE DAY ONLY on Saturday April 21st from noon to 4 p.m.


Founder Rich Johnson said, “I can’t tell you how thrilled we are to have Mr. Roth, a true legend on the Fender telecaster, as our headliner this time around. Mr. Roth is an international superstar who basically started video guitar lessons back in the 80’s and we believe got it to where it is today on outlets such as YouTube. I don’t have the space here to list all his accomplishments.”


Many know Mr. Roth as the master behind the movie “Crossroads,” writing and performed most, and coached all, of Ralph Macchio's guitar parts in the 1986 movie and directed many of these scenes while serving as the film's official authenticator of any musical scenes and performing of music. Entertainment Tonight did two specials on Arlen Roth's contributions to the film Crossroads.


Mr. Roth says, “Some of my happiest times were when my family and I would come to the NY Expo....great music, great friends, endless guitars and comradery! Can't wait to appear there this year and do it all over again! It's a true honor to do this, and I hope the fans and players come out.....look forward to meeting you all!”


Arlen Roth is an American guitarist / recording artist, performer, tutor, author and an icon in the music industry. A Montreux Critics' Award winner for Best Instrumental Album of 1978, Roth was a regular columnist for Guitar Player mag (82’ to 92’) and performed / recorded with artists Bob Dylan, James Taylor, Danny Gatton, Albert Lee, Phoebe Snow, John Sebastian, Levon Helm and the list is endless. Arlen has released several solo albums and performs as a solo act as well. Roth, a Telecaster enthusiast, has written the book Masters of the Telecaster, which details the techniques and licks of many famous Telecaster guitar players.