Asian Pop-Up Cinema is presenting a Lifetime Achievement Award to Hong Kong Godfather of Rock N Roll Teddy Robin Kwon on May 11th for his achievements in music and film. The award will be presented to Kwan by Chicago Film Office’s Rich Moskal on behalf of Asian Pop-Up Cinema Director, Sophia Wong Boccio. The Awards Ceremony will be at the Chicago History Museum, 1601 N. Clark Street at 5:30pm. 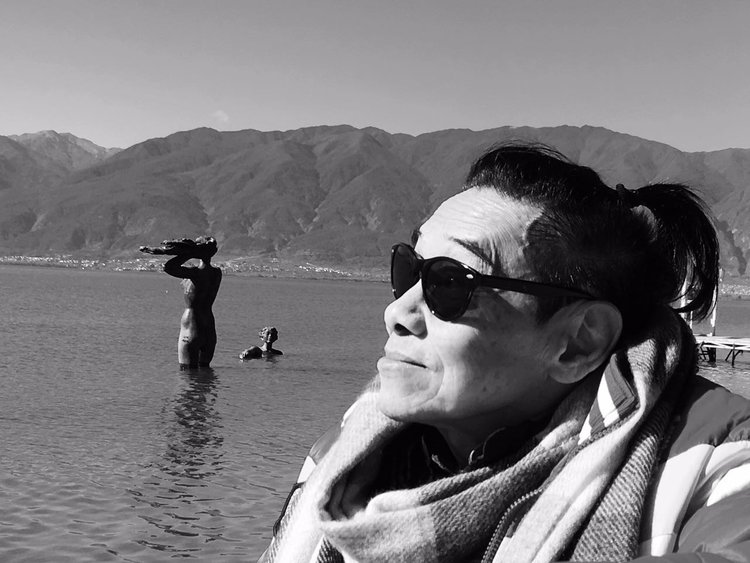 Fulcrum Point New Music Project will headline the evening with a multi-media musical performance of Kwan’s award-winning scores. The festivals Cantonese singing contest winners will also perform three of his theme songs that stayed at the top of the Cantopop music charts and greatly influenced people in Hong Kong and China at the time: Cops and Robbers (1973); Till Death Do We Scare (1982) and City on Fire (1987). Teddy’s co-composer from Hong Kong, Tomy Wai – with 74 music-for-movie credits to his name – will be joining Teddy as a guest speaker.
In advance of the Award Ceremony Night, two of Teddy Robin Kwan’s films will be presented for free: SHE REMEMEBERS, HE FORGETS, which he produced, (Tuesday, April 25th at PianoForte, 1335 S. Michigan Ave. at 7:00pm); and GALLANTS, where he won a Hong Kong Film Award for Best Supporting Actor and was nominated for Best Original Score (Friday, April 28th at Joffrey Tower, Studio A, 10 E. Randolph St. at 7:00pm). Both films will be shown in Cantonese with English Subtitles.
Teddy Robin Kwan is known as the Godfather of Hong Kong Rock ‘N’ Roll. He’s an English pop singer-songwriter and Hong Kong actor, director and producer. In the 60s when Hong Kong English pop was at its peak, Teddy was on top of the charts with his band Teddy Robin and the Playboys. He later became an actor, film director, producer and composer. He acted in 24 motion pictures, directed four –and was nominated for one as Best Director. His musical career spans over 30 years, with over 24 songs written for movies – and many that were nominated for Best Original Film Score by The Hong Kong Film Awards.
Hosted by the Governing Board of Directors of SOPHIA’S CHOICE, the Award Ceremony Night is presented in association with the Hong Kong Economic and Trade Office, New York and sponsored in part by the ADG Group; Hing Kee Restaurant; The Whitehall Hotel; City Winery Chicago; and Garrett Popcorn Shops.
Net proceeds from ticket sales will benefit the year-round general operating expenses of Asian Pop-Up Cinema.
ABOUT ASIAN POP-UP CINEMA
Asian Pop-Up Cinema, a semi-annual Asian Film Festival, is the brainchild of Sophia Wong Boccio, founder of SOPHIA’S CHOICE, Chicago-based 501 C (3) not-for-profit incorporated in the fall of 2015 with the mission of cultivating interest in Asian culture through film; connecting individuals in the film industry for professional and educational exchanges; and promoting Chicago as a premiere destination for Asian filmmakers.  More info:  www.asianpopupcinema.org
ABOUT HONG KONG ECONOMIC AND TRADE OFFICE, NEW YORK
The Hong Kong Economic and Trade Office in New York is the representative office of the Hong Kong Special Administrative Region Government. In 2016, the New York ETO promoted a better understanding of Hong Kong as a vibrant international financial, trading, educational and arts and cultural hub by reaching out to the business community, political and government leaders, and arts and cultural institutions in the Eastern US, including 24 visits to 20 states. Several film festivals were held in New York City and Chicago. Follow HKETO NY on Facebook: “Hong Kong Meets America” and for more information: http://www.hketony.gov.hk/ny/index.htm.