National Macaroon Day is May 31. Celebrate at Delightful Pastries! (Chicago)

National Macaroon Day is May 31. Celebrate at Delightful Pastries and Enjoy Chicago's Best, including its news Boozy Coconut Macaroon with Vodka and Chocolate Buttercream.

Delightful Pastries has been named as one of the top locations in Chicago to enjoy traditional French Macarons (Chicago Now, March 12, 2013). If you haven't already experienced a Delightful macaron, May 31 is the perfect day to try. It's National Macaroon Day.

There are two distinctively different kinds of macaroons, thus the spelling difference. Delightful happens to excel at both. Their French Macaron will save you the trip to Paris. Rivaling the best that the City of Lights has to offer, Delightful Pastries offers a variety including chocolate, black currant, marzipan, passion fruit, raspberry, hazelnut, pistachio and mango, $30 per pound or about $1 each.

For the traditional Italian coconut Macaroon, Delightful has two large and worthy varieties, plain and one dipped in dark Belgium chocolate for $1.75 each. They recently added a new boozy coconut macaroon which features a macaroon base and a vodka and chocolate buttercream, $30 per pound.


Photo by Cindy Kurman
Posted by PIX INTERNATIONAL (pixintl) at 11:30 PM No comments:

Posted by PIX INTERNATIONAL (pixintl) at 2:46 AM No comments: 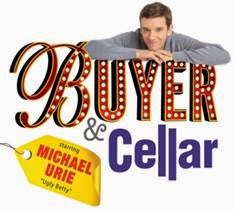 BUYER & CELLAR, starring the original New York star Michael Urie (“Ugly Betty”), enters its final three weeks at the Broadway Playhouse at Water Tower Place (175 E. Chestnut).  The first national tour for BUYER & CELLAR launched in Chicago and the six week engagement will end June 15, 2014 before continuing on its National Tour across North America.  Producers Darren Bagert (“Of Mice and Men,” “The Glass Menagerie”), Dan Shaheen (“Peter and the Starcatcher,” “The Fantasticks”), Ted Snowdon (“A Gentleman’s Guide to Love and Murder,” “Spring Awakening”) and Daryl Roth (“Kinky Boots,” “Love, Loss, and What I Wore”) brought this hilarious new comedy to Chicago.
The critically-acclaimed hit comedy BUYER & CELLAR and Michael Urie continue to wow the press in Chicago:
“Laugh-out-loud fun and a smart and hilarious comedy.”
-Chris Jones, Chicago Tribune
“Too Good to Pass Up! A Wickedly Funny Fantasia on Barbra Streisand.”
-Hedy Weiss, Chicago Sun-Times
“A Show that Can’t Be Missed! Come for Babs; stay for Michael Urie”
-Hank Mendheim, Windy City LIVE
“Michael Urie is a Tour-De-Force.”
-Kris Vire, Time Out Chicago
Alex More has a story to tell.  A struggling actor in L.A., Alex takes a job working in the mall in Barbra Streisand's Malibu basement.  One day, the Lady Herself comes downstairs to play.  It feels like real bonding in the basement, but will their relationship ever make it upstairs?  BUYER & CELLAR is an outrageous comedy about the price of fame, the cost of things, and the oddest of odd jobs.
BUYER & CELLAR had its world premiere in April 2013 at Rattlestick Playwrights Theater, where it received rave reviews and played a sold-out, extended run before transferring to the Barrow Street Theatre where it opened June 24, 2013 and continues to break box office records starring CBS’ “NCIS: Los Angeles” star Barrett Foa.  The play recouped its initial investment faster than any Off-Broadway show and recently won the 2014 Lucille Lortel Award for Outstanding Solo Show.
“A triumph!  I tell you to GO. The most talked about new comedy of the season.  It goes down as easily and tastily as lemon sorbet, and the only pain in your stomach it creates is the kind that comes from laughing too hard.”
–The New York Times
“Hilarious! Beyond brilliant. This show will go down like butta.”
– Entertainment Weekly
“The show is a crowd-pleaser.”
– New Yorker
“It’s a Funny-Girl Babs inspired comedy”
– New York Post
“A delectable treat…uproariously funny.”
– The Huffington Post
“A Smash Hit!”
– NBC NY
PERFORMANCE SCHEDULE
Tuesdays at 7:30 p.m.
Wednesdays at 7:30 p.m.
Thursdays at 7:30 p.m.
Fridays at 7:30 p.m.
Saturdays at 2 p.m. and 8 p.m.
Sundays at 2 p.m. and 6 p.m. (No 6 p.m. performance June 1)
Please note: Ticket prices and performance schedule subject to change.

Posted by PIX INTERNATIONAL (pixintl) at 2:41 AM No comments:

Posted by PIX INTERNATIONAL (pixintl) at 2:34 AM No comments:

Posted by PIX INTERNATIONAL (pixintl) at 2:27 AM No comments: