The full cocktail and beer list is only available during brunch on Saturdays and Sundays. However, the Bloody Mary and mimosa are available from open to close seven days a week.

All of the cocktails and beers are listed below.

Posted by PIX INTERNATIONAL (pixintl) at 5:18 PM No comments:


Posted by PIX INTERNATIONAL (pixintl) at 3:22 PM No comments:

Open House Chicago Is Back!

Posted by PIX INTERNATIONAL (pixintl) at 3:33 PM No comments: Actress Jenny McCarthy hosted the "Rescue Our Angels" fundraiser for her Generation Rescue organization  that helps families that are affected by autism. Jenny posed for media minutes before the crowd was let in.In this photo she is posing with Billy Dec,CEO and Founder of Rockit Ranch Productions.She was wearing a body hugging turquoise blue dress and matching stripy sandals.The event was   at Rockit Bar and Grill in Chicago Illinois.

Photos copyright © Linda Matlow/PIXINTL http://pixintl.com All rights reserved Photos may not be used, published,posted online or distributed in any manner without written license from PIX INTERNATIONAL,LLC

Posted by PIX INTERNATIONAL (pixintl) at 11:06 PM No comments:

Posted by PIX INTERNATIONAL (pixintl) at 11:00 PM No comments: 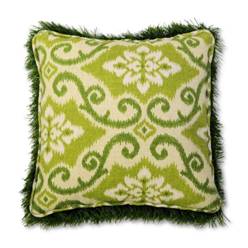 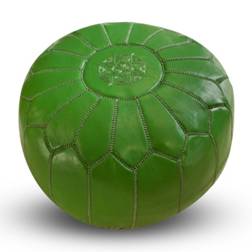 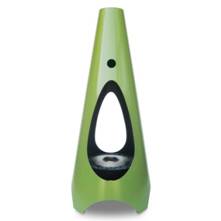 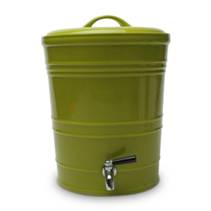 According to the design experts at the Foundary
– top home and lifestyle flash sale site offering up to 70 percent off retail prices, this summer’s stand out color is kelly green.  Kelly green offers a refreshing contrast to industrial greys and blues and brings to life any living space for the new season.  For any summer decorating trend stories you may be working on, I’d like to suggest the kelly green inspired items currently featured on the Foundary.

With the Foundary’s new Speciality Shops and daily events, many kelly green items have been hand selected to prep for summer decorating projects.  From textiles to furnishings, the Foundary has beautiful accent pieces and accessories available for all your indoor and outdoor decorating needs.
Below are some kelly green inspired items available on the Foundary.
Posted by PIX INTERNATIONAL (pixintl) at 2:05 PM No comments:

The June/July issue of AARP The Magazine hits homes Thursday, May 24th.
Denzel Washington is the sizzling cover star and is part of a list of AARP’s first-ever “Men on Fire” list celebrating 21 sexy stars who have proved that like fine wine, many men get better with age.
Other “Men on Fire” include:  George Clooney, Colin Firth, Jon Bon Jovi, George Strait, Yo-Yo Ma and more.
http://www.aarp.org/entertainment/style-trends/info-04-2012/sexiest-men-over-50.html
See below for quotes from the feature:

BRIAN WILLIAMS
On his diet:
“I cannot pass an Arby’s or Taco Bell without swerving into the parking lot. I see folks who read the content label on a piece of chocolate. I don’t want to live that way. Eating mashed yeast and potting soil is not my idea of a fulfilling meal.”
On his grooming regimen:
“It consists of a disposable razor in the morning, and later, on set, our guy slaps me with makeup, and I just hope I don’t have a clump of hair sticking up.”
On aging:
“All guys wake up and expect to see an 18-year-old in the mirror. Lately, the guy I see looks a heck of a lot more like my late father, but there’s nothing you can do about it! Just live your life and realize it may be true that the only guy who really looks good with three days’ growth is George Clooney.”
ROBERT F. KENNEDY JR.
On the benefits of environmental work:
“I spend a lot of my time, often with my children, in some of the world’s most beautiful landscapes—kayaking in Chile, camping all over the United States.”
JAMES BROLIN
“Stress can take years off your life. I don’t get rattled about many things.”
“She thinks everything has to get done right now. My theme is, ‘What’s your hurry?’
– Brolin on his wife of 14 years, Barbra Streisand.

JON HUNTSMAN
On aging well:
“Your inner strength is as important as your outer strength.”
SCOTT BAKULA
On his Playgirl cover:
“I’d been this guy on Quantum Leap, and I thought I’d mix it up a bit. If I’d posed naked, I would have regretted it, but happily I didn’t.”
“There are a lot of guys who are more famous and more good-looking than I am. They’re the sex symbols.”
ANTONIO BANDERAS
On pressure to look younger:
“I’m a little bald, but I don’t think the pressure is just a Hollywood thing. It’s a social thing.”Q:
On staying in shape:
“I work out every morning, and when I’m finished, the first thing I put in my body is white tea. Everything is about balance.”
DENZEL WASHINGTON
“Denzel’s mystique is that he projects self-confidence,”
“You see his performances and know you’re looking at a grounded person.”
--Don Cheadle, his costar in Flight
SAMUEL L. JACKSON
“His look is ageless—it was even when he was young.”
“He doesn’t need hair—and there aren’t many men you can describe that way.”
“He’s got so many personas, yet he’s always Sam: a down-to earth guy who can stop a crowd.”
-- Kasi Lemmons, director of Caveman’s Valentine and Eve’s Bayou

JON BON JOVI
“I was obsessed in junior high with a certain pair of leather pants he wore, but it’s actually Jon’s brain that makes him sexy. It also doesn’t hurt that when he smiles, he lights up the room.”
-- Sugarland’s Jennifer Nettles

LIAM NEESON
“Liam is very manly onscreen.”
“He’s like a mountain. He doesn’t have to use a lot of words; he just has to be there.”
“He’s got the look that says he’s got more hidden inside.”
-- Olivier Megaton, director of Taken 2
YO-YO MA
On what makes a person sexy:
“ It’s deportment, comportment, grace, spunk, and character. Age is not a factor.”
On his best feature:
“Probably my mischievousness. I can’t stay serious for too long. I’m basically up to no good.”

PAUL SERENO
On using his looks to his advantage:
“I’m trying to demonstrate science in a very exciting but truthful way for the public. If you can communicate well, and your looks help to inspire young people, then use them.”

ANDY MILL
On staying youthful:
“I’m almost 60, going on 6. I look outside and think, ‘What mountain can I climb? How fast can I go?’ ”
Posted by PIX INTERNATIONAL (pixintl) at 12:43 PM No comments:

ScoreBig.com enables consumers to get great tickets for live sports, concert and theater events – at guaranteed savings of 10 to 60 percent below retail price. ScoreBig.com members pick their own price on seats from the floor to the rafters, always pay less than retail price, and never pay any fees. For its partners, ScoreBig.com is an entirely new “value channel” that creates a safe environment to move unsold ticket inventory in a way that doesn’t negatively impact their brand or cannibalize full-price sales. ScoreBig.com was founded in 2009, was named one of “America’s Most Promising Companies” by Forbes Magazine, and is headquartered in Los Angeles, California.

Value Index Methodology
The Value Index is calculated using the data ScoreBig has compiled on millions of tickets for events across the US.    We use a combination of our own purchase data and the trends we see on the overall secondary (resale) market to determine the values for each index component.   We work to balance in our analysis the requirements of there being a wide selection (Variety) of events people want to see (Demand) at good prices (Value).
Posted by PIX INTERNATIONAL (pixintl) at 12:39 PM No comments: